Advantages of Having a Dash Camera 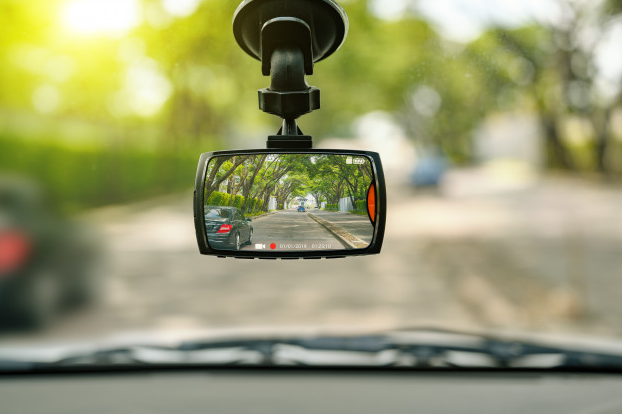 Dash cameras have become popular throughout the years because they were able to capture footages of traffic accidents and help identify which driver was at fault. Both the drivers involved and the various eyewitnesses can give out conflicting stories on who was responsible for the accident.

Several car owners chose to get dash cameras so they can record their trip and protect themselves from potential criminal activities on their vehicles. However, many drivers still see dash cameras as an unnecessary expense and choose not to get one.

Those who have dash cameras installed in their cars have several advantages over car owners who have none.

Car owners leave their cars as they park them outside their garages if they have one, and their vehicles will be left unattended as a result. Other people can try to break in the car, damage it intentionally, or attempt to steal it.

Those who have a dash camera installed will still be able to monitor their vehicles as long as they turn the camera on standby so they can detect motion within or around the car. The recorded footage can be turned over to the authorities so they can hold the culprit accountable.

As many people stay in their homes due to the enhanced community quarantine in Luzon due to the coronavirus pandemic, many vehicles will be left unattended outside people’s homes. Cars that will be used will likely be exposed to the virus when other people touch the vehicle’s surface or cough on it unexpectedly.

One reason why everyone’s encouraged to stay in their homes is that the coronavirus spreads via droplets and they can last on surfaces for hours. A car is no exception to this rule, and the droplets can stay on its surface and infect the owner should they come in contact with it. Dash cameras can help the owner determine what part of the car’s exterior to sanitize.

Dash cameras with motion-sensing capabilities must be hardwired to the car to ensure that they can detect movement. Anyone who coughs or comes in contact with the vehicle will be caught on camera, and the footage can also be used for contact tracing.

Dash cameras can produce invaluable footage that people can use should they get caught in an accident. Driving in the Philippines is inherently dangerous due to various factors, including reckless driving. Car collisions can even occur even when there are barely any cars on the road.

Dash camera footages are rarely treated as inadmissible in court, which means that drivers must have them to ensure their safety on the road. They can prove in court that they’re the victims rather than the ones at fault in a car crash. Such footage can also be used to make car insurance claims in the Philippines.

Eyewitness accounts, including those from the drivers themselves, can be conflicting as memory fails them, because they didn’t see the whole picture, or because the other party lied.

There are many fraudsters out there who wish to extort money from their victims by staging car accidents and then blaming the other driver for it. A driver might make a sudden stop to cause a collision with the car behind them.

Without a dash camera, a driver might be hard-pressed to pay the charges because they can’t prove that they weren’t at fault. The insurance company could settle a fraudulent claim as a result and the one who caused the accident will be able to receive the benefits that they don’t deserve.

Having a dash camera can help a driver since the footage will show what happened and prove that they weren’t responsible for the accident.

Insurance frauds can lead to an increase in the insured victim’s rates since they wouldn’t be able to prove that they were the victim of the “accident.”

Having a car camera installed in your vehicle serves a lot of purposes that would benefit you as a driver since you can’t hold a camera to record anything while driving. Doing so would also get you in trouble with authorities for “distracted driving.”

Anything can happen at any time, even during the coronavirus outbreak as people either drive their cars to get groceries or to serve at the frontlines, so it’s only right to be prepared. A responsible driver equipped with a dash camera will be able to avoid any financial difficulties as a result of an accident that they were caught in.

Getting insured by one of the top car insurance companies in the Philippines that can also offer a free dash camera after a transaction is a good deal for a driver. Car owners should strive to look for a reputable insurer who can provide such services for them.

If you need to get insured and you’re also looking for a dash camera to protect yourself, then get a free quotation from us now by visiting our website at ichoose.ph.