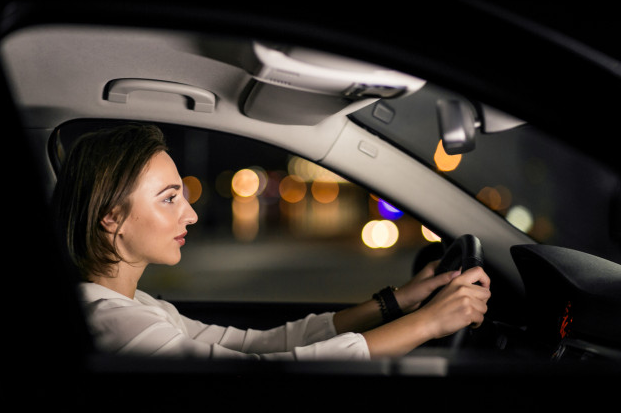 Driving on the road—regardless of how long, what you drive, and where you go can really be dangerous. Accidents can strike anytime, anywhere, and to anyone—and driving on the road increases the odds that you meet one. In fact, the National Highway Traffic Safety Administration has released a report which shows that data gathered these past few years have shown a drastic incline in the number of vehicular accidents all over the country.

These accidents can be very minor, while some are so fatal, thousands of lives are taken every year by these horrible car crashes. Regardless of how careful you are while driving, there are many other extraneous factors that are not of your control that you should consider and think about.

Here are some factors that make driving more dangerous than it already is:

One of the most common reasons for road accidents is human error. It is a wide component, which can include one of the most apparent reasons: reckless driving. This is a broad aspect which can range from speeding over the limit, changing lanes quickly and without proper signing, to acting aggressively on the roads. Speed has been identified as a key risk factor in road traffic injuries, the World Health Organization notes. One of their published reports on road-related injuries and death revealed that in high-income countries, speed contributes to about 30% of deaths on the road, while in some low-income and middle-income countries, speed is estimated to be the main contributory factor in about half of all road crashes.

Another common human error when driving is manifested through distracted driving. It becomes a larger threat every year and has been the leading cause of car accidents for the past decades. This paves a way to the enactment of different laws that penalizes drivers who use gadgets, call or text, eat, read, talk, etc, while behind the wheel. In the US, there have been 1.6 million reported road crashes per year, according to the National Safety Council reports that cell phone use while driving leads to 1.6 million crashes each year. It is very apparent that reports say that 1 out of every 4 car accidents in the United States is caused by texting and driving. It is 6x more likely to cause an accident than driving drunk.

Also, drunk driving is also part and parcel of the whole human error factor. It is one of the most common and fatal causes of road collisions that kill and injure thousands yearly. Law enforcement against drunk driving is strictly implemented in every place. According to the Centers for Disease Control and Prevention, 28 Americans are killed every day due to motor vehicle crashes that involve an alcohol-impaired driver. This is one death every 51 minutes. The cost of alcohol-related crashes is estimated to total more than $44 billion per year.

Moreover, drugs other than alcohol (legal and illegal) are involved in about 16% of motor vehicle crashes, the same agency reports. Marijuana users were about 25% more likely to be involved in a crash than drivers with no evidence of marijuana use. Police reports have also found that disregard of the red light, tailgating, and Wrong-Way Driving/ Improper Turns are also some of the most common causes of road accidents as well.

Poorly-maintained roads cause half of the fatal auto accidents that happen each year in the United States.

In fact, a study conducted by The Pacific Institute for Research and Evaluation has examined data from various government and non-government organizations, which have revealed that road problems cause more than 42,000 deaths a year. These include problems on debris, potholes, deteriorating road signage, overgrown trees, and foliage. Bottom line, all these factors can all obstruct a motorist’s line of sight.

Moreover, the design of a roadway can also contribute to road accidents by making it difficult to see other vehicles, presenting dangerous obstacles for motorists, creating hazardous pinch points, and increasing the danger in bad weather conditions.

Poorly Maintained Vehicles can also post a threat on the road. Flawed car engines cause accidents more often than you think. Not regularly maintaining and checking up on your ride can be dangerous not only for you but for other drivers and vehicles on the road as well.

Another common cause of vehicular accidents is the limited visibility caused by different factors, such as the weather and limited lighting. Drivers all over the world can agree that the rain makes it much harder to drive. The slippery, treacherous road conditions caused by heavy rains, contributing to the low visibility of the road ahead can be a recipe for disaster.

At the same time, drivers also cited that low lighting during night time can contribute to road accidents as well.  Depth perception, color recognition, and peripheral vision can be compromised in the dark, and the glare of headlights from an oncoming vehicle can temporarily blind a driver.

Other Factors: Weather and Other road dwellers

Another common cause of vehicular accidents is the limited visibility caused by different factors, such as the weather and limited lighting. Drivers all over the world can agree that the rain makes it much harder to drive. The slippery, treacherous road conditions caused by heavy rains, contributing to the low visibility of the road ahead can be a recipe for disaster. At the same time, drivers also cited that low lighting during night time can contribute to road accidents as well. Road surfaces may be slippery and slick because of bad weather. Water, ice, and snow can accumulate and present hazards to drivers.

Animals crossing on the road post threat too. A significant number of cases of which animals who are crossing have caused an accident all over the country.

Importance of having a car insurance

It is an understatement to say that risk is an everyday reality. Accidents—in all forms, shapes, and intensities can happen any day to anyone. Some meet unfortunate events on the road as they were driving to work, or coming home. Once you’re driving, you expose yourself to a constant risk that indeed, you do not have direct control of. This is why every car owner should have their vehicles insured. Aside from following the law, drivers should accept the fact that accidents are just waiting to happen, and the best way to prepare for it is by having comprehensive car insurance.