6 Tips to Driving Safely in the Philippines [Infographic] 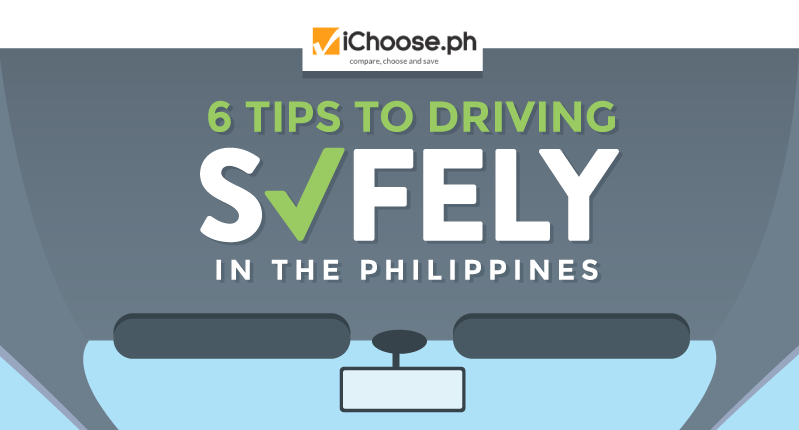 There a lot of cars swarming the streets of Metro Manila and you can never be sure that the others around you are capable and responsible drivers who won’t get in a road rage during the middle of a trip. The large variety of vehicles passing through EDSA alone can get you involved in an accident, especially since many commit traffic violations like the many Public Utility Vehicles ferrying people from one area to another.

Read on for six tips for you to drive safely in the various bustling streets in the Philippines.

Get a Dashcam on Day One

A lot can happen on the streets of Metro Manila, and accidents are one of them. Road accidents can get confusing when two sides start accusing one another on who’s at fault. Getting a dashcam lets you record what happened in an accident and determine who is at fault.

Dashcam footage may also be used as evidence for your case when either a lawsuit or an insurance claim is made.

Never Use Hi-Beam Unless Necessary

Using a hi-beam has its pros and cons since it grants you, the driver, greater visibility in the dark, but its drawbacks include endangering pedestrians and other vehicles with the glare of the light due to inappropriate use.

Hi-beams should be used when you need to warn pedestrians that you’re passing through when it seems that there’ll be difficulty seeing your vehicle. You can also use them when you’re going to overtake other cars by giving a quick flash of your high beams to alert other motorists that you’re overtaking them.

Driving on the road isn’t the same as racing since there’s no competition and you’re in public property where millions go through every day, especially if you’re in Metro Manila. While speeding may get you from one place to another rather quickly, you’re at higher risk in getting involved in an accident since your reaction time decreases when you’re overspeeding.

Complying with the various speed limits on the different roads in the Philippines is essential to reduce the possibility of getting your car crashed.

Responsible driving does not involve scores on either being the best or the fastest driver. Learning to slow down and adjust to the speed limit and weather conditions can keep you from becoming a casualty on the road.

Whenever able, make sure that your car won’t be touching any bumpers especially during heavy traffic. Keeping a safe distance between your car and the one before you is a preventive measure used to keep vehicles from bumping to one another.

The typical result of bumper-to-bumper situations is a misjudgment of distance and the subsequent bumping of bumpers.

Excited or rushing drivers may want to change lanes as quickly as possible without checking their rearview and side mirrors, but it can prove problematic when you get caught in a collision. Motorists swarm the streets of the Philippines, and not everyone knows or applies the rules during their specific trips. As a result, a lot of vehicular accidents occur.

Checking your mirrors before changing lanes lets you know if there are any incoming cars or motorcycles so that you can adjust accordingly. Changing lanes quickly and blindly might startle other motorists and lead to auto crashes.

Motorcycle riders also tend to get to your blind spots unknowingly. Adjusting your mirrors to the correct angle can either eliminate or reduce blind spots, reducing the chances that you’ll hit other motorists when turning.

Checking your rearview mirror also lets you adjust to other motorists in case incoming vehicles speed and overtake you.

Use Proper Turn Signals at the Right Time

Many drivers tend to commit the annoying matter of turning or swerving without using their signal lights while others use their lights even if they’re not going to turn. It is essential to use proper turn signals only when turning to reduce the chances of accidents occurring.

Not using signal lights can result in another vehicle hitting your car and causing injuries ranging from the superficial to the fatal, especially since EDSA alone has around 350,000 cars passing through it daily. Turning, changing lanes, backing up, or making a U-turn without your signal lights on can invite danger from motorists accidentally hitting your car.

Driving on the streets of Metro Manila and other cities in the Philippines with traffic problems is a significant source of stress on the individual driver which one can reduce by keeping traffic rules in mind, following these tips, and staying comfortable on the road.