Why Filipinos Need to Have a Motorcycle 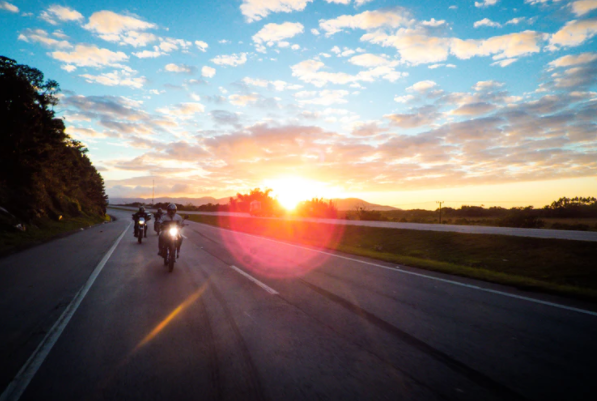 The Philippines is known for its bad traffic conditions and frequent road congestions. When time is short, people prefer riding motorcycles than other public transportation to get to their destinations on time. Motorcycles can help get past traffic by zigzagging through gridlocked vehicles and, possibly the reason why many people consider buying one, make their lives easier when getting to work.

There are many ways to classify motorcycles depending on their form or function, and the most widely recognized bike types worldwide are cruisers, sport-bikes, touring bikes, standard bikes, dirt bikes, and dual-sport bikes. However, in the Philippine setting, the most commonly used are the smaller scooters and everyday motorcycles, which are the most relevant to the needs and budget of the average Filipino.

For Filipinos living in a country prone to heavy traffics, getting a motorcycle might be a practical solution, especially for those who are working. Here are some of the reasons why Filipinos need to have a motorcycle.

Having motorbikes instead of four-wheelers will enlarge the space needed to accommodate vehicles. A study conducted in Belgium a few years ago showed that even if only one in 10 car user switches from four to two wheels, the remaining nine will see their travel time cut significantly. Moreover, traveling using a motorcycle can get through traffic faster and avoid sitting for hours on end in highly congested areas.

Riding a motorcycle is better for the environment than driving a car because it uses less fuel. Motorcycles use fewer resources to build and take up less space. Since the gas tank on a motorbike is smaller, it will also cost less to fill up at the pump, and there will be fewer times when you find yourself at the gas station.

Motorcycles are significantly cheaper than cars, and although bikes and cars’ service costs are roughly the same, the parts and tires are considerably less expensive. Motorbikes are also extremely fuel-efficient, which means you will spend far less money on fuel.

It is easy to drive

If you know how to ride a bicycle, then it would not take you long to learn how to ride a motorbike. It is even much easier to drive than any vehicle. That said, even though it’s relatively easy to drive a motorbike, it’s important that the rider has received proper training and a license before they drive one.

Knowing the advantages of having a motorcycle can easily persuade you to buy one. However, having a motorcycle means that you can experience many potential accidents at any time. It’s important to have motorcycle insurance Philippines to save you from high costs in case of unfortunate accidents in the future. Insurance costs for bikes are far lower than for cars, saving you or your business high insurance costs, which is extremely beneficial.

Suppose you are interested in knowing about car insurance comparison Philippines, and you have no idea where to look. In that case, iChoose.ph will help you search and compare not only insurance but also credit cards and loans from different insurers and banks as well in just a few clicks.